Transport, Warehouse & Logistics Management You Can Count On.

“Hunt’s Logistics is dedicated to providing a safe, professional and challenging work place for our employees. Hunt’s is committed to acting as leaders in terms of overall customer service. We believe in equality, integrity and fairness to customers, clients and employees.”

More than three decades of experience has positioned Hunt’s Logistics as an established industry leader in transportation.   We ship anywhere across Canada and the United States with a proven track record supported by experience, knowledge and dependability Since 1989, our investments in cutting-edge technology, great staff and superb customer service means we’re the only choice for transport, warehouse and logistics management solutions. We look forward to serving you for many years to come.

Hunt’s Kuka/Transport Inc. is a Newfoundland and Labrador owned and operated company, established in 1999. With roots in trucking and transportation, Hunt’s Kuka’s services have evolved to include supply chain, procurement, warehousing, and real estate. With a branch in Cambridge, ON Hunt’s Kuka is strategically positioned to service transportation needs to and from Canada and the US whether via road, rail, or air.

Our longstanding reputation of providing top-notch customer service and a safe and inclusive work environment are values that we continue to uphold.

In 2021 Hunt’s partnered with Pressure Pipe Steel Fabrication to form Procurement and Management Services – a Nunatsiavut registered company with over 45 years of experience servicing the mining industry in Labrador. With a robust background and history in welding and steel fabrication, Pressure Pipe Steel is an industrial and mining supplier to a growing number of clients in the fast-expanding economy of Labrador. Visit pressurepipe.ca for more details.

Hunt’s Logistics is proud to be Newfoundland owned and operated.

Hunt’s was founded in the early 1980’s when Greer Hunt was a broker, operating for a New Brunswick trucking company. Having obtained all required running licenses and authorities, Greer and his wife Donna started an independent trucking operation moving lumber to and from Newfoundland. Simultaneously, two semi dump trucks were purchased and worked throughout Newfoundland and thus the start up Hunt’s Trucking- later officially changed to Hunt’s Transport Ltd.

Hunt’s initially operated out of Greer and Donna’s home office. As the business and customer base increased, so did the organization. In 1992, and office building was purchased in Mount Pearl. In May 2012, Hunt’s moved to its current location at 168 Major’s Path, St. John’s, with a more expansive office, yard and warehouse space.

In December 1999, a partnership was formed with an Innu partner to establish an Innu company. Hunt’s Kuka Transport Inc. This company’s prime objective is to service the Voisey’s Bay Mining industry, and other clients in the Labrador area.

In March 2007, Hunt’s purchased the assets of an existing transport company in Cambridge, Ontario; thereby establishing and central branch office.

In June 2010, rail siding access was completed and operational into the Cambridge facility and the first load of drywall by rail was shipped into this warehouse. In 2010 the Cambridge branch expanded and took possession of a large, new terminal and warehousing facility. The Cambridge operation caters to two primary customers in receiving, storing, handling and distributing drywall and drywall products. In addition to completing the long haul fleet.

Hunts and continued to grow. To support this growth and reflect the full portfolio of services offered, the company rebranded in 2015 to Hunt’s Logistics with a focus on providing services in logistics, warehousing, transportation, full project management and more.

Compromised of a group of dedicated and committed individuals, Hunt’s is a recognized provider in the transportation, logistics, & special projects industries throughout North America.

Hunt’s has been a key player in many of Newfoundland’s major projects and developments and continues to lead the way with our combined experience, knowledge, professionalism and reliability.

“We started out with a passion to provide exceptional customer service and it still continues today- through our people and our services.” 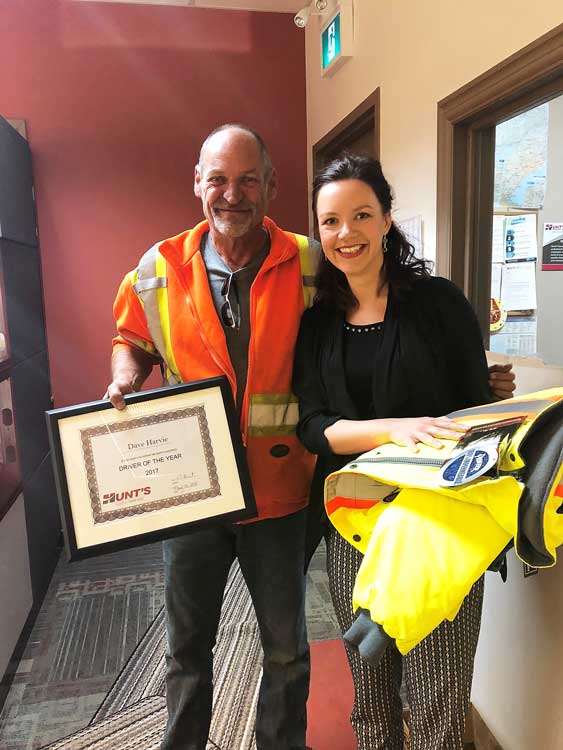 Interested in an exciting, dynamic career in the transportation industry? We take pride in our employees and offer exclusive benefits. Our pay package includes paid pick-ups, drop-offs, training and a safe, supportive and engaging work environment.

If you’re interested in any of the following positions, please forward your resume to hr@huntstransport.com or call 1-888-556-3346 ext. 229. You can also keep up with future opportunities on our Careers or LinkedIn HR page.

Hunt’s Logistics, previously Hunt's Transport, is an established leader in the transportation industry. We believe in going the extra mile to provide cost effective solutions to our clients combined with a commitment to quality assurance, ensuring our service levels consistently meet our customer’s expectations.